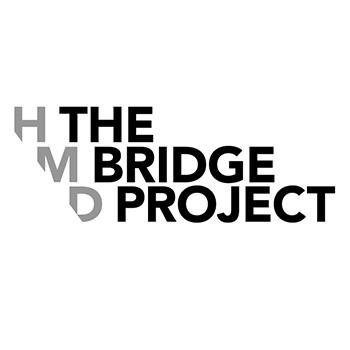 Home
About
Get There
Tickets

Dance on the Front Line: BLM

By HMD The Bridge Project (other events)

This event will take place ONLINE VIA ZOOM. You will receive a link to access the event one day prior.

If you cannot afford a ticket and wish to attend, please email [email protected]; all ticket sales support The Bridge Project, which supports equity-driven live art that builds community and centers artists as agents of change.

ABOUT DANCE ON THE FRONT LINE: BLM

Curated by Director of Art in Community Cherie Hill, HMD/The Bridge Project is proud to present Dance on the Front Line: BLM, a live online event featuring Chicago Voguers, Amya Jackson, Dhee Lacy and Karma Munez, interviewed by San Francisco-based dancer/choreographer/MC Jocquese Whitfield (SirJoQ). In the summer of 2020, waves of protesters took to the streets to exalt Black Lives Matter and demand justice against police brutality. As a result, dance, an art form dependent on the body’s wisdom, became both a planned and spontaneous act bringing to life the raw and visceral nature of how the body can move and express artistically while on the front line.

Credited as the first to dance in last year’s BLM uprisings, Amya, Dhee, and Karma put on their thigh-high black boots and joined a march in their city’s Bronzeville neighborhood. They vogued in protest by dipping, spinning, and strutting in front of rows of moving police cars. The New York Times writes “that through their street performance, they were advocating for black L.G.B.T.Q. people, who are sometimes pushed to the margins of the Black Lives Matter movement.”

Join us for an up-close and intimate event and learn more about their story, voguing, why Black and Black Trans lives matter, and how they felt that day that dance and their bodies crossed the frontlines. #BlackLivesMatter

KARMA MUNEZ was born and raised on the Southside of Chicago and had a full past life of singing and dancing with friends and family for as long as they can remember. Growing up in a single-parent home (with mom) and their father’s 100% presence and support, Karma had the opportunity to attend different workshops, classes, and spaces where they learned to dance and sing to enhance their already inhabited ability. Karma loves the thought of rebellion in a less confrontational but effective way and is one to stand up for what they believe in and fight for others’ beliefs as well. The saying,  “Never be afraid to speak your mind,” is something that Karma goes by in life.  “However you decide to express your feelings, DO SO! It’s the best way to live stress-free!” is a motto that Karma quotes periodically to encourage.  Karma also has a religious background and has been in church for all of their life. They are family and friend-oriented and love dearly. In addition to dancing, Karma currently works as a Health Coordinator at Howard Brown Health, supporting the community and keeping them up to date on their health as best they know-how.

My name is AMYA JACKSON. I’m also known as Mya, Butterfly, or in the ballroom as Legendary Amya Miyake Mugler. I’ve been dancing all my life. I’ve been a backup dancer for the singer and my role model Mya and the singer 3pc. I’m also a choreographer. Dancing is my passion! You can check me out on my social media platforms: Facebook, Amya Monet; Instagram, Amyabuddafly; YouTube, Amya Mugler.

DHEE LACY (also known as Adonte West) is a choreographer, dancer, and cultural organizer. Fascinated by the music videos he watched on television before school, Dhee has been dancing since the age of five. The interest to further his craft encouraged Dhee to join dance companies, including Kuumba Lynx where he studied under the tutelage of street dance professional Leyda “LadySol” Garcia, Joel Hall Dance Center with choreographer, Joel Hall, the Puzzle League, and CODA.

Dhee began his ballroom career in 2010 under the stage name Adonté Prodigy – traveling across the nation to compete in the vogue fem category and win trophies and cash prizes and creating a signature catwalk that is still imitated by many vogue performers today.

Currently, Dhee still creates dance projects regularly with friends and performers in his hometown, Chicago, IL. His passion for dance and performance in all forms has encouraged Lacy to organize to support and sustain underrepresented dance communities and space with his upcoming dance social project, THE REALM. Claiming Legendary status within the ballroom scene, Dhee joined the House of West and continues to compete as Adonté West and win grand prizes in the legendary performance category. Dhee continues to experiment with different dance styles/ techniques of dance and merges other mediums into his practice to reflect untraditional visual and performance narratives.

JOCQUESE WHITFIELD (SirJoQ) is a dancer/choreographer/MC born and raised in San Francisco. He is the first Vogue instructor of San Francisco and has been teaching his Vogue & Tone classes since 2010. Starting his career steeped in the improvisation of freestyle hip-hop, Jocquese has added modern, classical, and Diasporic dance traditions over the last several years. He was voted “Best Dance Instructor” of 2014 by the San Francisco Bay Guardian. San Francisco Chronicle & MTV's hit show, The Real World, also featured Vogue & Tone. A shape-shifter, Jocquese challenges assumptions of sexual identity in dance as he plays with both “masculine” and “feminine” aspects.

Dance on the Front Line: BLM is part of the The Bridge Project’s Anti-Racism in Dance Series, a year long series offering supportive spaces for Black Indigenous People of Color (BIPOC), People of Color (POC), and White Allies to deepen their practice of anti-racism in the context of the dance field. The Anti-Racism in Dance Series was made possible in part with support from the Duke Charitable Foundation.

other events by this organization